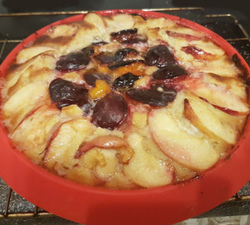 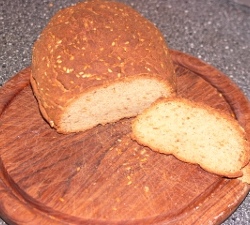 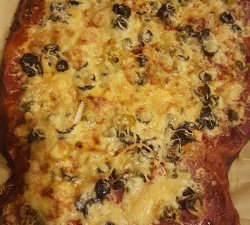 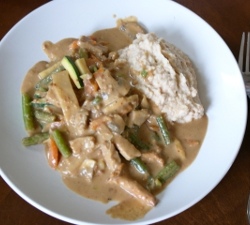 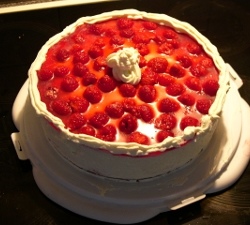 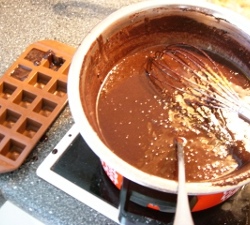 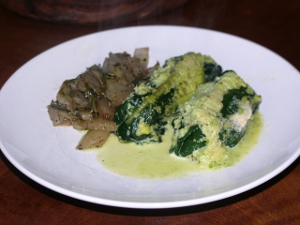 Many people say that low-carb diets are too heavy on meat. That can be true, but it doesn't have to be. My wife and I have long debated whether to include vegetarian dishes here on Delicious Low Carb. My arguments against it were more instinctive, so my wife's logic won out. I have nothing against vegetarians, even if they're a bit fanatical - I'm certainly fanatical about my low-carb lifestyle sometimes. But I don't take the moral high ground or - even worse - try to force it on anyone else. Unfortunately, that's happened in our city, where there was recently a proposal to ban meat from all local restaurants on Thursdays. This has the innocent-sounding name of "Veggie Day", but the trend behind it is worrying: it allows the government to interfere in citizens' personal freedom by way of their eating habits. I've read that there are already 30 cities where Veggie Day has been signed into law. Here in Offenbach, even the most zealous advocates for Veggie Day couldn't get the proposal to go through. But where will it end? If you've seen how smokers are stigmatized around the world, you have an idea of what's in store for carnivores. 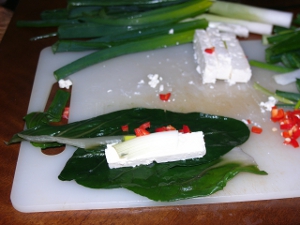 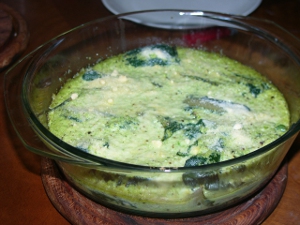 Nevertheless, today I want to introduce a dish that doesn't need meat to be tasty. By combining different vegetables, you can create brilliant vegetarian-friendly taste adventures. (Interesting fact: In my home in central Hesse, a filling rolled up in a leafy vegetable is called a "wiggl"!)

Wash the chard thoroughly and then break it down into individual leaves. Remove the stalks and then blanch the leaves in boiling salted water for about 2 minutes (no longer). Don't throw away the stalks, but dice them and boil them for 30 minutes until soft.

Cut feta cheese into pinky-finger-sized pieces. Do the same with the scallions, which should also be cut in half lengthwise. Chop the chili pepper into small pieces. Now wrap a piece of feta, a piece of scallion, a little chili, and a mint leaf in 1-2 chard leaves. Place the assembled rolls in a baking dish. If you really like mint, scatter a few extra mint leaves over the rolls.

And now for the main attraction: the sauce! Puree 2 bell peppers together with 3 cloves of garlic, oil, cream, and some salt and pepper. Spread the smooth sauce over the veggie rolls. Bake uncovered at 200° C for 30 minutes. A short time before they're done, sprinkle them with some Parmesan.

Drain the boiled stalks well. Toss them in butter with plenty of Herbes de Provence and serve with the veggie rolls.

When setting the table, we put a spoon at each place along with a knife and fork. The sauce was so excellent that it would have been a shame to leave any on the plate.