A Different View on Cancer

Scientists in different fields take diverse approaches to the same subject. For example, doctors concern themselves with symptoms, the success rates of therapies, and risk factors. In my - I think differnt - approach to the topic of cancer, I'd like to start with an analogy:

I'll start with a look at my city, Offenbach. When you walk along the bank of the Main River at night, you can hear squeaking and scurrying from every nook and cranny. Like almost all waterfront cities, we have a terrible problem with rats.

How does that happen? I'm no idealist; I don't believe that everything in nature is under control as long as humans don't interfere. It's true that there are natural controls that keep species' populations in check. Predators are one such control; food shortages are another. These evolutionary mechanisms work so well that it's rare for a whole ecosystem to collapse because of overpopulation by a single species.

So what's happening on the banks of the Main? In this case there are influences that overwhelm the natural controls. For one thing, there are almost no predators left. Raptors, owls, wild cats, and weasels are rare in urban environments. Another factor is the hordes of parents who teach their children the bad habit of feeding ducks, mostly with old bread. This is more harmful than helpful to the ducks, as the (usually ignored) signs explain. And the scattered bread is one of the reasons that the rats on the bank have a plentiful food supply year round. Throw in a fast reproduction rate (a female rat can give birth to as many as 10 young three to four times per year) and you can see why there's such a proliferation of rats. Meanwhile the duck population suffers because the rats steal their eggs. The whole system is thrown out of balance.

Which brings me back to cancer. Cancer cells are cells that multiply uncontrollably. While healthy cells have mechanisms that make them divide at a certain rate - for example, cells divide faster in order to close a wound - cancer cells either multiply faster or don't die off at the same rate as healthy cells (or both). These properties are also passed on to the cancer cells' offspring. If the growth of these cells isn't slowed down somehow, their multiplication will eventually affect the entire body, ending only when the "host" dies. But the process doesn't always go that far. The body usually perceives these mutated cells as a foreign organism (which it is, in principle) and the immune system fights them. 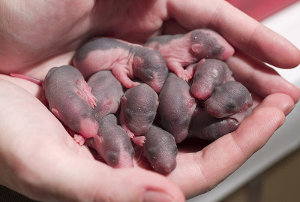 Ultimately, cancer mirrors the struggle for survival found everywhere in nature. Either the body fights off the invading organism, or else the mutant cells proliferate until the person dies. In most cases the immune system has the upper hand; otherwise everyone would quickly die of cancer. But of course the cancer cells will try to survive at all costs, even when the body becomes a hostile environment. And their best weapon is rapid multiplication. When cancer cells divide more quickly than the immune system can fight them, tumors form and a person becomes ill with cancer.

There are many reasons why cells' genetic information becomes altered. Whether it's caused by natural or artificial radiation, viruses, or toxins (from smoking, diesel exhaust, asbestos, etc.) mutation happens inside our bodies thousands of times per day. The question is whether one of this mutations will create a monster that our immune system can't handle. The more we're exposed to environmental mutagens, the greater the risk. It's like the lottery: the more tickets you buy, the greater your chance of winning. The tragedy is that the "winners" of the cancer lottery may lose their lives.

Now I want to return to our example from the beginning. From the rat infestation, we can see that fast-multiplying organisms face problems other than predators. They need resources in order to continue their unchecked growth. Cancer cells actually have a similar problem. If they got their energy like normal cells do, by aerobically breaking down sugar and other energy sources in the mitochondria (the "power plants" of a cell), their rapid growth wouldn't last long. They must obtain the necessary oxygen from red blood cells. The cancerous tissue needs blood vessels to supply it with blood, but these can't form as quickly as the cancer grows. As with aerobic metabolism, most cancers would die quickly if they relied only on red blood cells for energy. They would have to stop growing until the circulatory system caught up with them, and during that time they would be easy prey for the immune system. 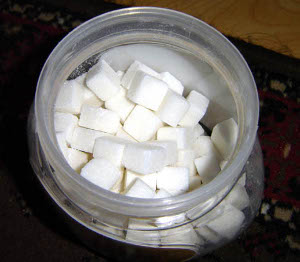 Successful cancers get their energy in a different way. Athletes know this as "anaerobic metabolism". When a person overexerts a muscle for a short period of time, the muscle can't get enough oxygen, so it produces energy without oxygen using pure sugar. This process creates lactic acid, or lactate. You often hear about this in the Tour de France, when a cyclist suddenly slows down and the commentator says that he's suffering from overacidification. And lots of ambitious athletes have had their lactate threshold tested as part of a fitness test.

You may be wondering: why don't cells always do this? The reason is that anaerobic energy is much less efficient than aerobic energy. It uses more sugar to produce the same amount of energy. Since the human body needs to be as efficient as possible, it uses anaerobic metabolism only when there's no alternative.

This doesn't matter to cancer cells. They can survive only if they grow faster than the immune system can fight them. If there's enough sugar available, the mutated cells will take advantage of it, just like rats eating bread left on the riverbank. And a diet of sugar provides cancer cells with another advantage: the organic materials necessary for rapid growth can be obtained from byproducts of sugar metabolism. The cancer is having them delivered for free!

As we can see, nothing prolongs a mutant cell's life in the human body as much as a steady supply of sugar. Of course, the risk of cancer has a lot to do with how strong the immune system is and how often one comes into contact with mutagens. But it seems to me - at least from a systematic point of view - that a large and continuous supply of sugar is one of the most important prerequisites for cancer growth. This has been known for over 100 years. Unfortunately there are not many contemporary medical studies on the subject, since there wouldn't be much money in it.

But when we observe nature, it seems reasonable that unrestrained growth depends on a steady supply of resources. If the citizens of Offenbach could be convinced to stop feeding the ducks, at least in winter, then the rat problem would take care of itself. 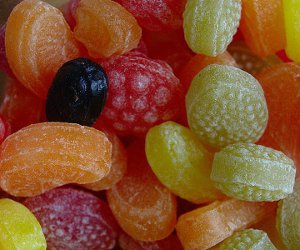 Throughout human history, a continual supply of good food has been the exception rather than the rule. As a result, human bodies converted sugar into carbohydrates only during the brief summer months when sugar was readily available. I believe that our bodies are not suited to a constant supply of carbohydrates. A few thousand years of evolution since the development of agriculture are not enough to change this. Until a few decades ago, excess sugar was at least burned through physical labor. But when you combine three carbohydrate-rich meals a day with a sedentary lifestyle, you've created a perfect environment for cancer.

Our bodies can also derive energy from fats, which are less useful to cancer cells. However, most diets - at least those that are officially recommended - tend to be low in fat and high in carbs. And the diet industry is happy to oblige. Carbohydrates are much cheaper than proteins and fats. Today's processed foods are loaded with cheap sugar. It's no wonder that in the last decade, the rate of cancer in developed countries has increased significantly, even though risk factors like smoking, radiation, exhaust fumes, and hazardous pesticides have decreased significantly. Only one species has suffered more than humans because of this development: because commercial dog foods contain grain "fillers", cancer rates among our four-legged friends have snowballed. Dogs are even less suited to a constant diet of carbs than humans are. It is estimated that some 70% of all dogs in the U.S. die of cancer.