At this point I'd like to mention a book that deals with the health effects of carbohydrates in the diet. Don't worry, it's not Atkins. In my opinion, he was mostly concerned with making money, and - even though he's passed away - I don't want to promote him here.

The book I want to recommend is "Life Without Bread" by Dr. Wolfgang Lutz, who died in 2010 at the age of 97 years after living on a low-carb diet for 50 years. He was deeply involved in the study of carbohydrates and their effects on health. 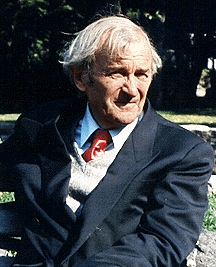 During his career as an internist in Salzburg, he switched more than 10,000 subjects to a diet of under 72 g of carbohydrates and gave many scientific reports on the resulting improvements in their health.

Lutz's primary argument is that almost all of today's lifestyle diseases, including diabetes, obesity, Crohn's, gout, epilepsy, multiple sclerosis, arteriosclerosis, and cancer, along with a host of age-related conditions like osteoporosis, are due to a hormonal imbalance. During the two million year history of human evolution as hunters who primarily ate meat, the anabolic hormone insulin, responsible for breaking down sugar and establishing fat reserves, played a subordinate role. The Neolithic Era saw the advent of agriculture and animal husbandry, which changed things dramatically. When modern humans began to get the majority of their energy from carbohydrates, their bodies had to produce large quantities of insulin, upsetting the balance. Specifically, Lutz believes that the suppression of other growth hormones by insulin is responsible for our lifestyle diseases. These aren't mere theories; he has substantiated his thesis with a number of scientific statistics and documented case studies. He was the first to discover that a high fat intake (even of animal fats) does not raise the cholesterol level: in fact, the cholesterol level will return to normal in a very short time and without medication - as long as carbohydrate intake is reduced at the same time.

One of Lutz's most exciting points is to compare the incidence of diabetes, heart disease, and other lifestyle diseases with the spread of the Neolithic. Contrary to the popular belief that Italians and Japanese are protected from heart disease by the Mediterranean diet or healthy fish fats, Lutz claims it is because they have been eating carbs for several thousand years longer. The Japanese were eating rice 10,000 years ago, and agriculture had already spread to the Mediterranean by that time, but Middle Europeans only began to eat bread 2000 years ago. And agriculture arrived in Finland and Ireland even later, correlating with high rates of heart disease in those places.

Our experiences have backed up many of the effects of a low-carb diet that Lutz describes. In particular, we've found that it's not a diet in the traditional sense: you just ensure that your insulin levels don't rise too much by avoiding especially carb-rich foods like flour, sugar, rice, bread, and certain fruits. This causes fat to replace sugar in the body's energy supply. Lutz doesn't believe in the more radical diets, keeping a calculator on your breakfast table, "good" and "bad" carbohydrates, and so on. The most important thing is for the diet to be workable in the long term. A low-carb diet has an advantage here, since it includes so many delicious options.

The book "Life Without Bread" can be hard to digest at times, especially when Lutz explains metabolism and the development of disease in complicated detail. Nevertheless, it's required reading for any low-carb fan. At the very least, it will assure you that if you want to lead a long, healthy, and active life, a low-carb diet will help more than it will hurt.

I wish I could have met Dr. Lutz, and I'm sure he would have taken our motto "Delicious Low Carb" to heart.