Sports and the Low-Carb Diet

Sports and the low-carb lifestyle go together perfectly. This is true not only for people who want to lose weight (which obviously works best when you're getting exercise) but for everyone who plays sports, from distance runners to bodybuilders. 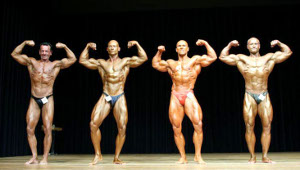 Anyone who is reasonably serious about this sport (and hopefully doesn't use illegal substances like steroids, etc.) is very conscious of their diet. You need lots of protein to build muscle, and ideally you'll also have very little body fat. However, low-fat diets are not compatible with high-protein diets. One way around this is the protein powders and shakes that are sold everywhere. Even if we ignore the question of whether these synthetic foods are healthy, they make for a very boring diet. On the one hand, they have very little flavor, and on the other hand, they take away the social aspect of eating. Imagine everyone else at the table praising the excellent cook while our bodybuilder stares gloomily into his shake!

Obviously, a low-carb diet sounds much better. Low-carb devotees get plenty of protein and still burn fat. Our low-carb bread is a better source of protein than any shake. And gluten is pure natural protein!

There are many reports that eating a low-carb diet breaks down fat in problem areas. I recently read in a forum that low-carb beginners who measured the daily excretion of ketone bodies in their urine wondered why the test was always negative after they exercised. What was going on? If we don't exercise, our bodies live on the fat that we eat, which is then converted into ketone bodies in the blood. The great thing is that the excess won't be stored in fat cells, but excreted in the urine. Low-carb fans - even those who, like me, eat too much - won't absorb fat. When we exercise, the ketone supply in the blood is used first. If this isn't enough, our bodies take more directly from our stores of body fat. 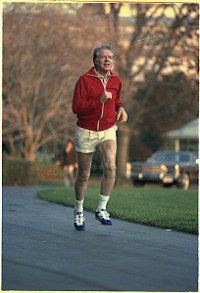 Here's a tip: Don't eat for a while before exercising. That's when the most fat is broken down. Fasting in the morning is ideal. After exercising, eat a good meal. Once it's used up, fat will not be rebuilt.

This brings us to endurance sports. Everyone whose cells are still sugar junkies (and who hasn't gone low-carb) will say: "I can't exercise on an empty stomach. I'll be totally weak!" That's true, because when these athletes begin to exercise, they get their energy from stored sugar at first. If these supplies are well stocked, they can last for up to an hour. If they haven't eaten very much, it will be a lot shorter! That's why marathon runners load up on pasta the night before the race.

But after one hour at most, the sugar is used up. Then the body has to start consuming fat instead. This conversion is painful, since the muscles aren't well provided for. If you stop now, you won't lose a single ounce in spite of the exercise!

Someone who's in low-carb ketosis won't experience this effect. The muscles are using fat for energy from the beginning, so there's no "slump". This is ideal for endurance sports because the capacity for endurance rises. I noticed this after just six weeks, and I've heard that even professional athletes are now experimenting with low-carb diets.

When asked which sport is best for getting your body in top condition on a low-carb diet, I would recommend a combination of strength and endurance training. Pure weight training consumes too little energy because of the long pauses between sets, so it's hardly better than Nordic walking. To burn a significant amount of fat, you have to spend lots of time at the gym, and I don't have time for that since I have to write this website. Pure endurance sports burn a lot of fat but build hardly any muscle. If you go to the gym, the cardio machines are best for warmups. Then move on to the weights, lifting slightly less but moving from one machine to the other without pausing in between. Make sure that you're always working different muscles. In our gym (World of Fitness) there's an extra course called Switching for this. A gymnastics course would also work. 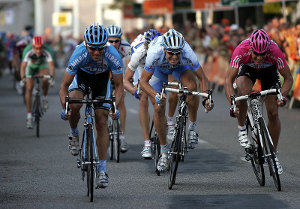 Of course, you won't just train at the gym. Swimming, ball games, jogging, and just about any other sport will benefit from a low-carb diet. And anyway, everything is easier when you're a few pounds lighter!