Is the Glycemic Index LOGIcal?

Some variations of Atkins are the LOGI , Montignac and Glyx diets. They focus on how food composition affects the body's insulin levels. The theoretical background is that certain carbohydrates raise a person's insulin level more quickly than others. To measure this effect, these diets introduced the glycemic index (GI) or glycemic load (GL). The reference for the glycemic index is glucose, which has a GI of 100. Because no other sugar or carbohydrate is absorbed as quickly as glucose, all other foods have a value lower than 100 to describe how the carbs they contain affect insulin levels. For example, white bread has a GI of 70 and red beans have a GI of only 35. This means that the carbs in the white bread you eat with your chili raise your insulin level twice as fast as the beans in the chili itself. Or to put it simply: there are good carbs and bad carbs. 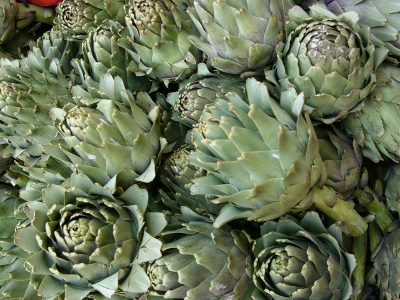 The weakness of the glycemic index is that it only takes the effect of carbohydrates into consideration, but not the actual amount of carbs. To make the selection of food and ingredients easier, the glycemic index was multiplied by the amount of carbs in foodstuffs. The resulting measurement is called the glycemic load. The advantage of these methods is that many foods forbidden by Atkins are allowed in smaller quantities. Followers of LOGI and Glyx eat bread and pasta, as well as nearly all kinds of fruit. Whole grains are emphasized, and portions should not be too large. To lose weight using these methods, followers recommend that you not consume too much fat.

Although these diets sound simpler and less strict at first, they turn out to be complicated in daily life. For us at least, this meant keeping a calculator or computer on the breakfast table. Adding long columns of figures was scary enough already, even when the numbers only stood for simple calories.

Besides, the deciding point for us was not having to worry about fat anymore. This way, everything tastes good and is also filling. To us, low-carb eating isn't a diet regimen, but a way of eating that we can stick to permanently. We wouldn't want to change it.

On the other hand, LOGI, Glyx and Co. are special diets that we (and probably others) can't imagine following permanently - unless we were gluttons for punishment!